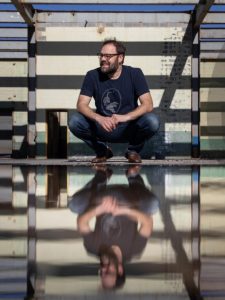 Day in and day out, Daniel showed up on the screen to offer respite from the deluge of grim news, often with his wife, Kellie, and two young children, Maddie and Sonny, going about their daily lives in the background – a scene most of us can now relate to.

By the time Daniel approached 300 consecutive, live shows, he had earned Pollstar’s #8 live-streaming artist of the year, garnered a call from Kelly Clarkson with an invitation to appear on her show, and drew the attention of The New York Times. Playing music every day has solidified Daniel’s performance chops and increased his live performance catalog tenfold, including the release of his single entitled, “Live Long Days.”