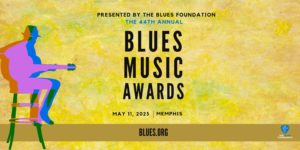 Also want to send a big shout out to John Németh. Between his two bands, John Németh Band and Love Light Orchestra, he received 9 Nominations! WOW! Never heard of anyone receiving that many before. What a year John has had!

Many Thanks to all the Nominators! So Proud of all the Artists we work for! Always Humbled!

All of the Intrepid Nominees are listed below.
29 Nominations
17 Artists
17 Categories

Album of the Year
May Be the Last Time, John Németh
Leave the Light On, The Love Light Orchestra

Band of the Year
John Németh and the Blue Dreamers

Soul Blues Album
In Too Deep, Sugaray Rayford
Leave the Light On, The Love Light Orchestra

Traditional Blues Album
May Be the Last Time, John Németh
Straight From the Heart, Kenny Neal