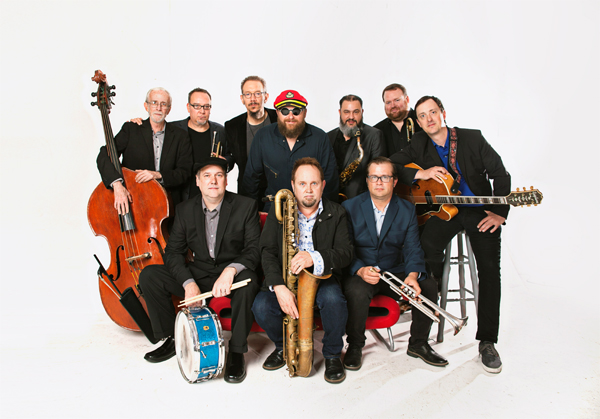 Though born from the desire to rekindle enthusiasm for the grand, orchestral sound of mid-20th century blues, The Love Light Orchestra is much more than a nostalgia act. Formed in 2016 as a nod to the sound and visual flair prevalent early in careers of beloved Memphis stalwarts B.B. King and Bobby Bland, the Love Light Orchestra is as much a manifestation of the current moment as it is a throwback to a bygone era of nightclubs packed to the brim with partygoerseager to take in an evening of down-home musicality with a touch of class.

The collective vision of trumpeter Marc Franklin, guitarist Joe Restivo, and vocalist John Németh has earned the ensemble favorable responses from the public and press alike. The Memphis Commercial Appeal noted the band’s immersive qualities, transporting listeners to a pivotal scene in which jazz and blues maintained influence over Memphis’ soul burgeoning sound. Writer Bob Mehr lauded the band for “re-conjuring a sound and style that was dominant in Memphis, and that would have a formative influence on the young artists who would come to stock the rosters of Stax Records and Hi Records in the decades to come.”

Completion of Leave the Light On, the group’s studio debut, reflects three-years of sheer determination to coordinate schedules of a group consisting of Memphis’ most in-demand artists, in addition to navigating the unforeseen impact of a global health crisis on the entire music industry. Though the maturity and dexterity of the orchestra members shone loud and clear on the group’s first release, the sophomore effort refines and elevates the group’s presentation, employing a clarity and quality complementary to the veteran musicianship within Love Light’s ranks. Tossing the songbook aside in favor of mostly original tunes, Love Light proves their staying power and reinforces an outlook pointed toward the future while honoring the context of their collective musical past. 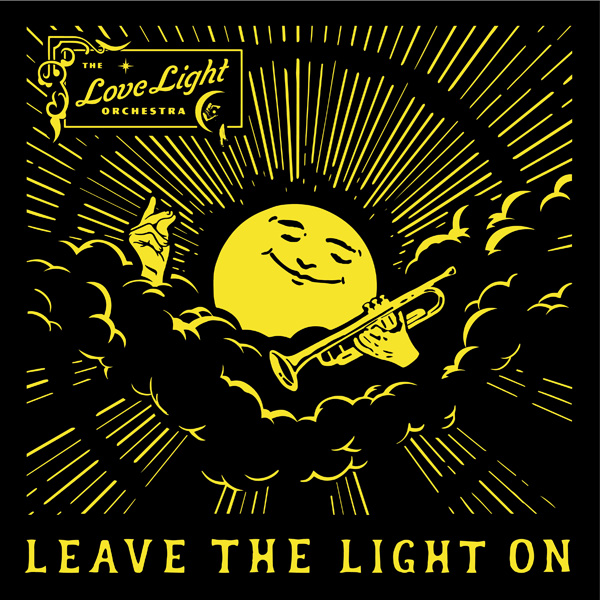