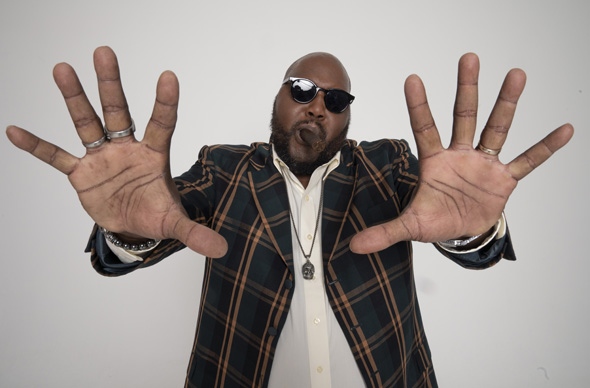 A chance meeting in Memphis laid the groundwork for a unique musical partnership between soul-blues powerhouse Sugaray Rayford and producer, songwriter Eric Corne. Combining classic soul melodies with funky R & B grooves, raw blues power, and mashed up with modern sensibilities, the pair’s first collaboration, Somebody Save Me, earned Rayford a 2020 Grammy nomination while later that year he took home Blues Music Awards for ‘Soul Blues Male Artist’ and ‘B.B. King Entertainer of the Year.’

Sugaray Rayford returns with In Too Deep. Combining classic soul melodies with funky R&B grooves, raw blues power and mashed up with modern sensibilities, the album takes on issues, such as PTSD, civil rights and social justice. With vibrantly detailed arrangements tailored to showcase Rayford’s deft portrayals and interpretations, In Too Deep is a poignant album that seeks to inspire and uplift.

Albumism described Rayford as having “a sound that’s undeniably fresh and inspired,” while PopMatters declared it “will appeal to fans of Gary Clark Jr. and Chicano Batman.”

At his core, Sugaray Rayford is a galvanizing uniter. His live shows are a party. Some conversations may be had, and some self-reflection may occur, but at the end of the day, people leave feeling a sense of joy and togetherness.

Texas born Caron “Sugaray” Rayford began his musical career at the age of 7 singing & playing drums in church, and his gospel influence can be heard and felt in his music. Rayford’s phrasing is intimate and conversational and the soulful gravel in his voice hints at his firsthand experience with hardship.

He grew up in Texas, his childhood marked by poverty and loss. He remembered a sad game he played with his brothers, a competition that determined who was skinniest by counting the number of belt holes left unused. His mother struggled to raise three boys alone while battling cancer. When she died, it was a kind of relief. “She suffered and we suffered,” Rayford said. “Then, we moved in with my grandmother and our lives were a lot better. We ate every day and we were in church every day, which I loved. I grew up in gospel and soul.”

His switch to contemporary music began about 15 years ago in the San Diego area, where he sang lead vocals with a R&B/Funk band called Urban Gypsys. With this band he had the privilege of sharing the stage with many notable artists such as The Average White Band, Dennis Quaid, Joe Luis Walker, Kal David, Super Diamond & Venice, to name a few.

After dabbling in blues, Suga realized that the blues was where his heart and soul belonged. So after some soul searching he left the Urban Gypsys and became lead vocalist for Aunt Kizzy’z Boyz, a Temecula area blues band. Shortly after joining the band in 2004, they released their first CD “Trunk Full of Bluez”. This band was hungry and did over 200 gigs a year over the next few years and their popularity rose exponentially.

The band was offered a distribution deal on the spot by RBC Records. Tabitha Berg wrote, “The band’s most valuable ingredient is that of the band’s dynamic front man Sugaray, he knows how to read and work a room. While most artists simply perform, exceptional artists are responsive to the mood of the crowd. The energy shifted when AKB took the stage, and they had the crowd on its feet within seconds.”

After moving to Los Angeles several years ago, Sugaray was asked to host a blues jam at Cozy’s in Sherman Oaks. It is through this venue that Sugaray met and played with innumerable world-class musicians. Suga’s desire to explore and expand his musical vision has been nourished by these musicians. His solo career has flourished in LA.

May 2011, Sugaray became one of the lead vocalists for the Mannish Boys, who were under Delta Groove management. He sang lead vocals on 9 songs on Double Dynamite the Mannish Boys CD that won Best Traditional Blues Album in May 2013 at the Blues Music Awards.

His first solo CD Blind Alley was a self-release in 2010, which garnered critical acclaim. His second solo CD Dangerous, was released on 9/17/2013 under the Delta Groove label and debuted at # 2 on Blues Debut Chart, #6 on the Roots Music Chart and #2 on The Living Blues Chart. Supporting Sugaray were guest performers including Kim Wilson, Kid Andersen, and Sugar Ray Norcia. In October 2013, Rayford toured with Kevin Selfe and the Tornadoes.

On May 19, 2015, Rayford released Southside. It featured a guest appearance by Bob Corritore on harmonica.

On September 1, 2017, Rayford released The World That We Live In.

At the 40th Blues Music Awards in 2019, Rayford was named as ‘Soul Blues Male Artist of the Year’.

Rayford’s latest album, Somebody Save Me, was nominated for a Grammy Award in the Best Contemporary Blues Album category.

He has done studio vocals on several projects, such as the theme for Judge Joe Brown, the movie trailer City Lights, a couple of songs on Person of Interest and many other projects.

May 2012 he made his stage debut starring in the Tony award winning play “Ain’t Nuthin’ But The Blues” at the Portland Center Stage in Portland Oregon. He joined members of the New York Broadway cast playing the part previously played by the late Ron Taylor. It had a 6-week run where every show ended with a standing ovation.

He also starred with Felicia Fields and Chic Streetman in the play “Low Down Dirty Blues” that ran in Milwaukee and Cincinnati in 2015. It was a great success in both cities. Suga hopes to have the opportunity to perform on stage in the future. 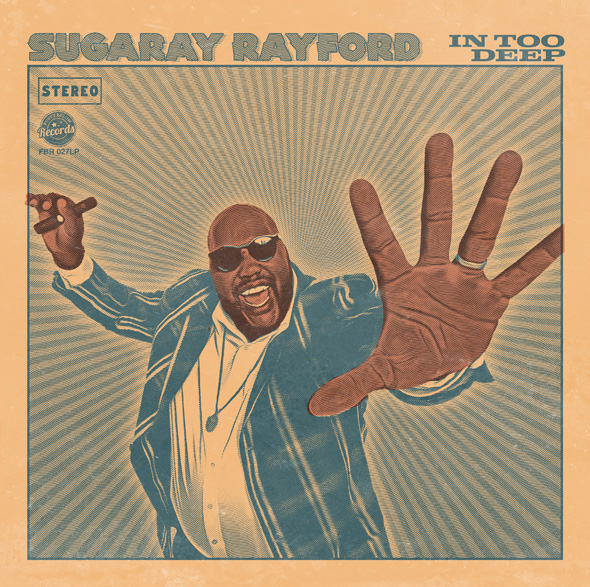 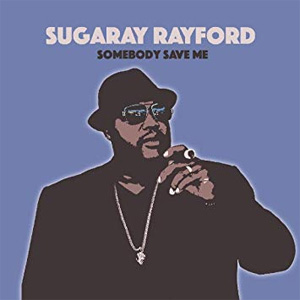 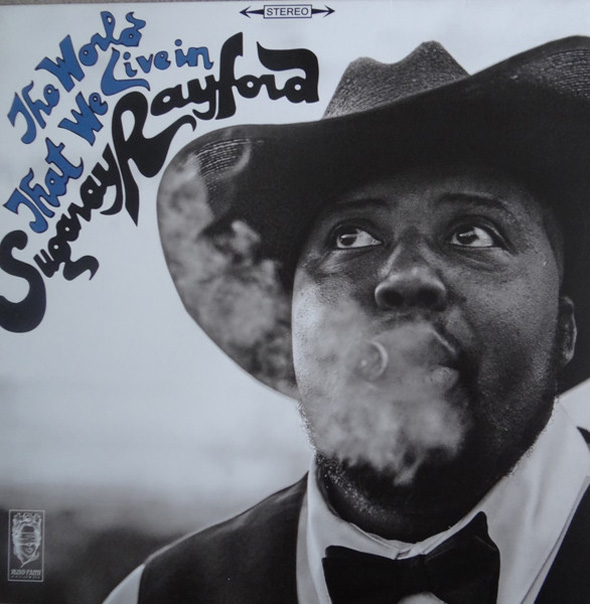 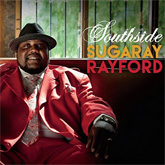 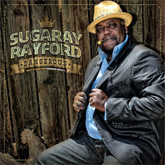 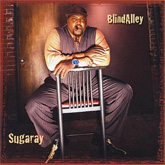