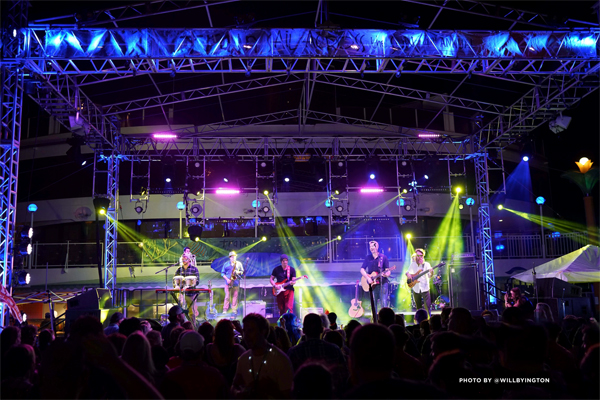 When the laid back vibe of Myrtle Beach, SC meets acoustic rock of Lake Michigan, Simplified, the island rock band arrives with a loud and welcoming splash.  In 2002, Clee Laster of SC and Chris Sheridan a MI native, started out as an acoustic duo.  Early on, both musicians displayed innate musical capabilities, which were passed down from family members, and inspired by a diverse collection of original influences. They both grew up on the water, in different parts of the country, but the beach life-blood continues to surge within their suntanned souls, flowing forth in passionate, fun, and energetic jams.

They began playing acoustic shows, revving up and charming the Charlotte, NC crowds, while writing original songs.  In 2003, the full band took shape as Simplified. Acclaimed as a dedicated touring machine, they gained new fans, one by one.  Simplified’s sound caught on, with a devoted fan base in the Southeastern US.  With their incessant touring, an enthusiastic buzz was growing, and in turn they began booking shows nationwide, playing for increasingly larger audiences.

With a never-ending tour schedule, including over 3,000 powerhouse, popular performances, Simplified members, with both electric and acoustic acts, are enthusiastic as ever.  From Key West, FL to New York City and throughout the Midwest, their hard work, perseverance and commitment have always been key to their hard earned success. Sequentially, in 2011, their song “Shall We Begin” was featured on ESPN’s ‘Kick off to College GameDay.’  Currently their hit “Gettin Home,” is featured in the video game, NASCAR The Game 2013 and they have been praised as one of Pandora Radio’s top played indie rock bands.

Still writing and riding the sometimes choppy, always exciting musical shores, Clee and Sheridan reinvented the band in 2013 with their newest material, while getting back to their island rock roots. This year, they are releasing tracks from their crowd-pleasing, May 10th, 2013 show at Hideaway Cafe in St. Petersburg, FL. Sheridan states, “Our fans have been requesting a live album so we are focusing on getting as much live content out as possible.”

Sheridan and Clee have effectively reformulated the band by adding key ingredients: new players with positive energy, multi-instrumentalists, and a camaraderie that stimulates their passion for writing new material.  Now abandoning what others suggested, returning to their roots of a feel good vibe, Clee explains, “We are writing new songs for ourselves and our fans, not for a producer or critic.  We are getting right back to where we started, with what we know and love…music that makes you smile.”

Their signature sound is a contagious fusion of rock and reggae, attracting a diverse audience and embracing every kind of fan.  Sheridan emphasizes, “We’re a rock band with elements of reggae, funk, and acoustic roots.  We don’t limit ourselves musically and it shows in the songs we write.” Conjuring up the island rock roots, Clee expresses, “Our live shows are all about having fun. Each performance will bring you to the beach and right back home.”

A decade later, Simplified continues to evolve and attract new audiences through their crowd-pleasing, relatable songs and ongoing support from their loyal fans.  Starting out as two musicians with a dream, to one of the industry’s top emerging rock bands, makes Simplified a true tour de force. There’s nothing simple about that. 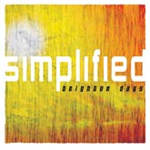 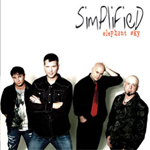 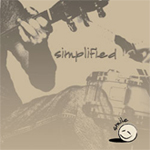