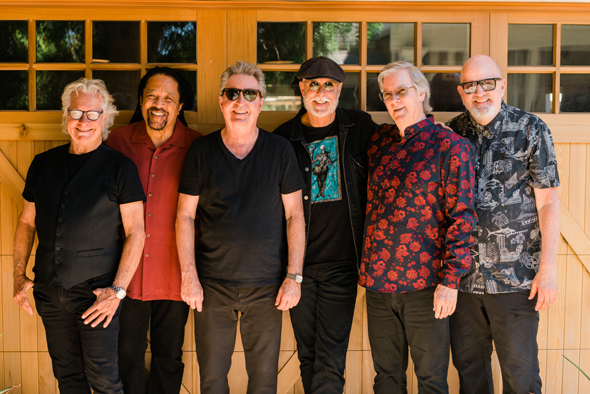 For all his considerable musical talents Taj Mahal has always been shrewd. And smart.  In the early 1990s he knew he’d assembled something special in his backing band. He dubbed his secret weapon the Phantom Blues Band.

After helping Taj win two Grammys and gain three other nominations the band members realized they could stand on their own. The Phantom Blues Band began assembling what would become Out Of The Shadows in 2006; an album that stretched the band and won raves at every turn.

The Phantom Blues Band – drummer Tony Braunagel, bassist/singer Larry Fulcher, guitarist/singer Johnny Lee Schell, saxophonist Joe Sublett, trumpeter Darrell Leonard, and keyboardist/singer Mike Finnigan – has been a resilient unit. At various times its members have backed just about every marquis band you can name, but they continued to support Taj when he needed them.

On its own Phantom has recorded Out Of The Shadows and Footprints in 2007 for Delta Groove and Inside Out in 2012 and Still Cookin’ in 2020, both for VizzTone.  Album after album features the same musicians, although at one point Les Lovitt replaced Leonard on trumpet.

It’s a rather remarkable testimonial that these guys who are first-call sidemen for people such as Bonnie Raitt, Etta James, Joe Cocker, Robert Cray, Eric Burdon, and Bob Marley among others always seem to come back to their nest with the Phantom Blues Band.  Unusual allegiance and true camaraderie come to mind as character traits.

So it was especially painful during the pandemic’s shadow in 2020 when Finnigan was diagnosed with cancer. Finnigan always held his own place in the music industry. Through the years he played on hundreds of records and at thousands of shows with artists as varied as Janis Joplin, Jimi Hendrix, and Crosby, Stills & Nash. He made it through the Still Cookin’ album, but succumbed to his illness in August 2021.

The Phantom Blues Band wasn’t going to let that knock them out. They recruited veteran Jim Pugh on keyboards (Etta James, Robert Cray, Chris Isaak) and immediately set about to produce an album in tribute to the fallen Finnigan.

Schell and Fulcher handled most of the vocals on the new album, which is scheduled for an early summer release on Pugh’s Little Village record label.  The band invited two of its long-time musical companions – Bonnie Raitt and Curtis Salgado – to pitch in on the effort.

As a tribute to the Finnigan proceeds from the new CD will be donated to the Mike Finnigan School of Music at the Stiefel Theater in Salina, Kansas.  It is surely an honor Finnigan, a native of Kansas, would smile at.

The members of the Phantom Blues Band can take plenty of pride from their aggregated musical experiences, but they know this project is something special.

Of course, Taj Mahal could have probably told you that they could do this long ago.  He believed in them first.

“Playing like frat boys with advanced chops playing for a frat party, there’s no slowing down this bunch of first call cats with blues and R&B fever. You know this super group has played with all your fave rock and blues acts. You know they couldn’t play a bad note if they tried. You know they wouldn’t send a weak song your way. This wild bunch is the real bunch and they kick a** solo or en masse which makes this set such a delight. Killer stuff throughout.” 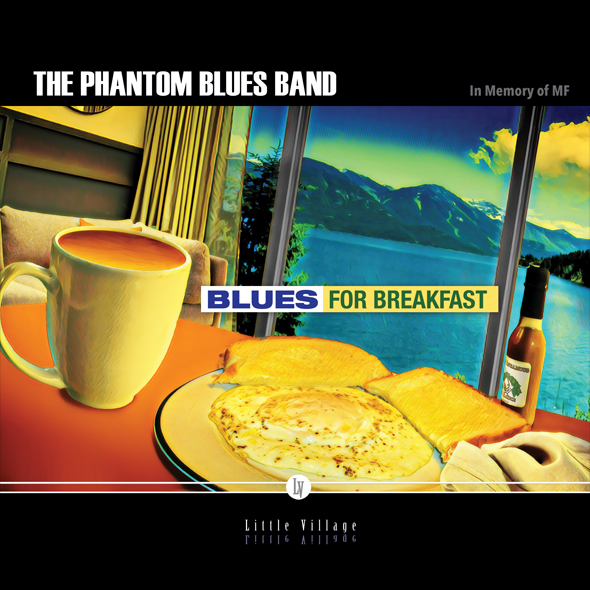 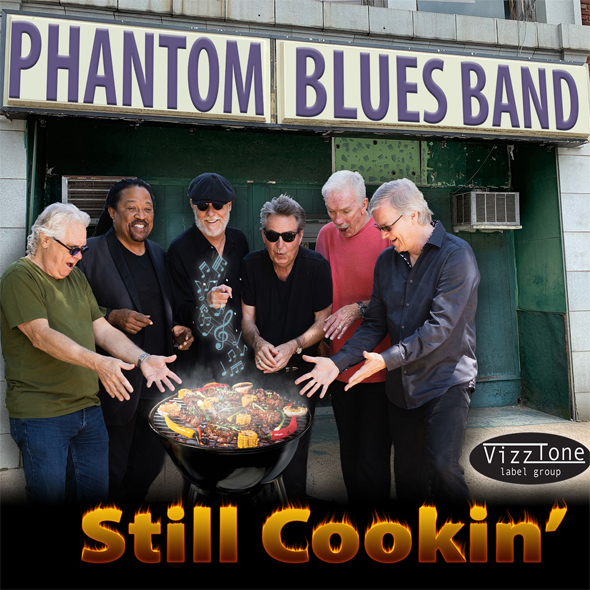 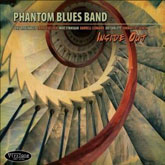 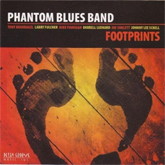 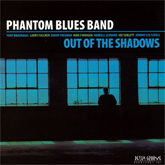 Out of the Shadows 2005 Delta Groove Productions