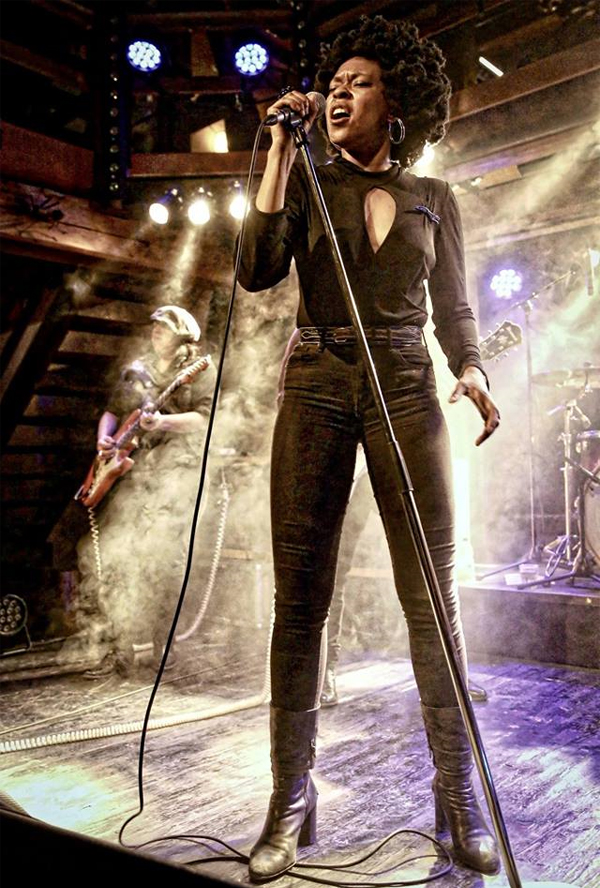 “If Tina Turner and Little Richard had a daughter and raised her with the help of uncles James Brown and Chuck Berry, she’d be like Nikki Hill.”

“Hill is a petite powerhouse, with a booming voice that is as sweet and luscious as it is gritty and raw.”

“Channels such rhythm and blues greats as LaVern Baker, Etta James and Ruth Brown–with a little Sam Cooke and Solomon Burke thrown in for good measure. Hill is the real deal…steeped in gospel and soul, wrapped up in a punk rock DIY ethic.”

“A rich, sultry voice…weaned on the church choir and burnished by an enthusiast’s love of good music.”

Creating a path outside of the norm and molding her own image has been a lifelong brand for singer, songwriter, and bandleader Nikki Hill, raised by a single mother and two older sisters in Durham, North Carolina. Having her first singing experiences in the church choir as a child and into her teens, curiosity eventually led Nikki to trade the pews for barstools, and her interests in music exploded in every direction, realizing it was a world with no boundaries. She felt oddly comfortable, finding a direct connection between the energy she saw at local shows, and the praise dancing, gospel shouting church services she experienced every week growing up.

In this unique way, Hill found her inspiration in pulling the different parts of her musical worlds together, taking the tones of the R&B, soul, and gospel that raised her at home, and blending with the expressions of blues, garage, rock n’ roll, and roots that she soaked up on her own. Blending soulful, sensual and bold vocal tones with powerful chrome-plated riffs and swagger, her voice finds a home in it – a soul singing, bar rocking, roots revivalist, that writes with frank self-reflection at a dancing tempo.

Ahead of her album, Here’s Nikki Hill, word was spreading from relentless touring and old-fashioned word of mouth. While that helped build a fan base, Nikki’s style was also absorbed in an unexpected variety of ways amongst listeners and show-goers. With the lack of exposure for Black soul-rock singers/entertainers, Nikki found herself being misinterpreted. She became known in some circles just as much for confusing local audiences who initially assumed a different vibe based on her photo, as she did for leading an explosive, soulful, not-to-be-missed electric guitar-driven performance. Refusing to let the experience undo her path, Hill embraced the muse and jumped into the process of probing the vital role that Black women played in what became rock ‘n’ roll. As word spread, so did interest, allowing Hill opportunities to open for a range of artists like Dr. John, Aaron Neville, Los Lobos, to Eileen Jewel and Nelly, before any music was released. Nikki continued to develop her sound, learning with trial and error, a lot of road mileage, self-releasing albums, and carving out a place for herself, and hopefully a place for other people going through similar struggles.

Nikki’s songwriting and passion for music of the 1950s and 1960s introduced more opportunities and recordings. Her song “Struttin’” contributed to Deke Dickerson and The Bo-Keys Soul Meets Country EP, produced by Scott Bomar in Memphis, TN. Nikki and her musical partner and husband Matt Hill also moved to New Orleans, LA, picking up influence in the Gulf Coast. The momentum continued through the release of her second album, Heavy Hearts Hard Fists, recorded at Fort Horton Studios in Wyldwood, TX. The acclaimed album was accompanied by a worldwide tour in the US, Europe, Australia, India and Morocco, and over 30 festivals, including Montreux Jazz Festival, Monterey Jazz Festival, and Byron Bay Blues Festival, receiving praise for uplifting the new songs with an erupting live performance. “Think Tina Turner front AC/DC and you’ll have half of the picture. She’s a machine…you’ve got no excuse if you miss seeing her… Nikki Hill is a revelation, her band masters of rocket-fueled bluesy swing, her voice the beacon which calls you home… a vocal powerhouse who don’t mess around.” (Rolling Stone). Hill’s current touring band is Matt Hill (guitar), Laura Chavez (guitar), Nick Gaitan (bass), and Marty Dodson (drums).

On Nikki Hill’s latest release, Feline Roots, Hill lets her soul rip on this new collection of songs. Nikki and her band take a muscular groove — that used to be called the devil’s music, celebrating and wailing over love, transgressions, the hard times, and wild freedom — and inject it with timeless effect, giving Nikki a foundation on which to build.
It’s her version of rock n’ roll that can only come from her stories. Nikki Hill has never been afraid to take the road less traveled, and it’s clear with “Feline Roots” that she’s living every word. 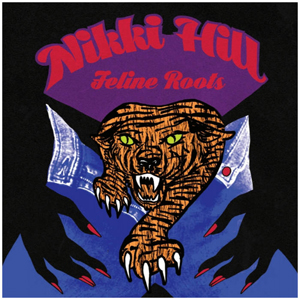 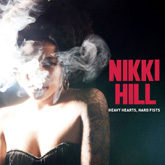 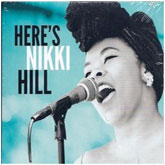