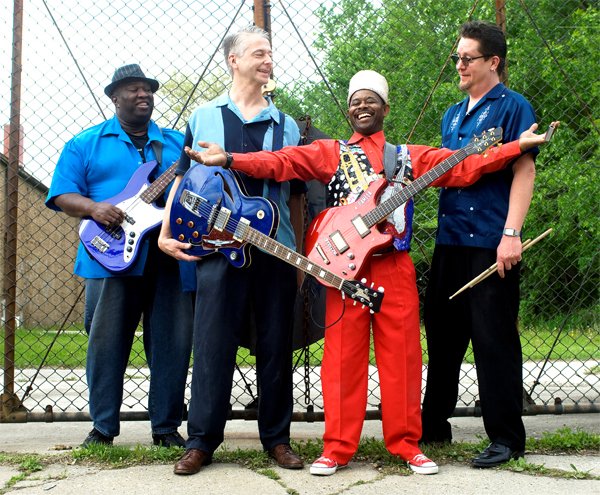 In Chicago, a city overflowing with unrivaled blues talent, world-renowned Lil’ Ed & The Blues Imperials have been standing tall for almost 30 years. The band’s big sound, fueled by Lil’ Ed’s gloriously rollicking slide work and deep blues string bending, along with his rough-edged, soulful vocals, is as real and hard-hitting as Chicago blues gets. The Chicago Sun-Times says, “Lil’ Ed & The Blues Imperials are the hottest purveyors of bottleneck boogie to come out of Chicago since Hound Dog Taylor.”

Lil’ Ed Williams comes to the blues naturally. His uncle, Chicago slide guitar king and master songwriter J.B. Hutto, taught him how to feel, not just play the blues. Nine albums and thousands of performances later, Lil’ Ed is now universally hailed as a giant of the genre. Lil’ Ed and The Blues Imperials—bassist (and Ed’s half-brother) James “Pookie” Young, guitarist Mike Garrett and drummer Kelly Littleton—have remained together for nearly 30 years (an extraordinary feat for any group), the band fueling Ed’s songs with their rock-solid, road-tested, telepathic musicianship.

The Big Sound Of Lil’ Ed & The Blues Imperials is the musically electrifying, emotionally intense and downright fun new album from the band Guitar Player calls “a snarling boogie-blues machine…they blow down the walls.” The CD features Lil’ Ed’s incendiary playing and playful, passionate singing, with the ragged-but-right Blues Imperials cooking like mad alongside him. Produced by Williams and Alligator president Bruce Iglauer, it is a tour-de-force of authentic, deeply rooted Chicago blues. Williams wrote or co-wrote all but two of album’s 14 songs, the other gems written by Uncle J.B. The Chicago Reader says the band’s music “is a soundtrack for dancing and celebration infused with a sense of hard-won survival. Williams attacks his lyrics like he attacks his guitar: with bare-bones intensity that makes each word sound like a matter of life or death.”

Born in Chicago on April 8, 1955, in the heart of Chicago’s tough West Side, Ed grew up surrounded by music. He was playing guitar, then drums and bass, by the time he was 12. Ed and Pookie received lessons and support from their famous uncle. “J.B. taught me everything I know,” says Ed. “I wouldn’t be where I am today without him.” Ed and Pookie spent their teen years making music together, and in 1975 formed the first incarnation of The Blues Imperials. They played their first gig at a West Side club called Big Duke’s Blue Flame, splitting the $6 take four ways. Over the next few years, the group played every club in the neighborhood. Even so, they still needed day jobs to pay the bills. Ed worked ten hours a day as a buffer at the Red Carpet Car Wash. Pookie drove a school bus. Night after night they played their roaring brand of blues in tiny clubs, and eventually the word reached Alligator president Bruce Iglauer.

At the time, Iglauer was looking for local talent for The New Bluebloods, an anthology of some of Chicago’s younger blues musicians. “Ed and his band had a good reputation,” recalls Iglauer. “I had only seen them live once or twice. I knew Ed was a hot slide player, but I had no idea what he and the band were really capable of. I just knew that their music reminded me of Hound Dog Taylor and J.B. Hutto, two of my favorite musicians. It seemed like having a band this rough and ready would be a nice change of pace for the anthology, so I asked them to come down to the studio and cut a couple of songs. I never expected what happened.”

The band—never having been in a recording studio before—treated the studio like a club, playing live to Iglauer, the engineer, and all the people on the other side of the control room glass. After Ed recorded his two rehearsed songs quickly, there was still plenty of studio time left, so they just kept playing. After 10 songs were in the can, Iglauer offered the band a full album contract. The end result of the session was 30 songs cut in three hours with no overdubs and only one second take. Twelve of those songs became the band’s debut album, Roughhousin’, released in September of 1986.
The national press reacted with amazement to the blues world’s new discovery. Feature stories ran in Spin, Musician, The New York Times, The Los Angeles Times, The Washington Post, The Boston Globe, The Chicago Tribune and dozens of other publications. The Village Voice declared, “Roughhousin’ just may be the blues album of the year.” The New York Times raved, “Raw-boned, old-fashioned Chicago blues has a new young master—Lil’ Ed Williams.”
But it wasn’t until 1987, when guitarist Mike Garrett joined the band, and a year later, when Garrett recruited his Detroit hometown friend Kelly Littleton to play drums, that things really began to take off. Garrett’s risk-taking rhythm guitar work and Littleton’s unpredictable, old school drumming were the perfect complement to Lil’ Ed’s and Pookie’s rambunctious playing. With their 1989 album Chicken, Gravy & Biscuits, doors opened and audiences poured in. Through relentless touring, the group crystallized, becoming tighter with each performance, more adept in their abilities to read each other’s musical moves. Their spontaneous and unpredictable live show became legendary among blues fans worldwide.

The group took home the Living Blues Award for Best Live Performer in 2011, 2012 and 2013. They won the prestigious Blues Music Award for Band Of The Year in both 2007 and 2009. The Associated Press says, “Williams fills Chicago’s biggest shoes with more life and heat than anyone on stage today.”
With The Big Sound Of Lil’ Ed & The Blues Imperials, the band continues to bring their blistering Chicago blues to “Ed Heads” new and old. Their infectious energy, joyful showmanship and masterful playing have been honed to a razor’s edge by their many years together. Lil’ Ed, Pookie, Mike and Kelly have seen sports stars and presidents, musical fads and fashion trends come and go. Meanwhile, their fiery music has more than stood the test of time. “We’re not band members,” says Williams, “we’re family, and families stay together.” Night after night, gig after riotous gig, the musical family called Lil’ Ed & The Blues Imperials bring their big, dynamic Chicago blues sound to fans across the country and around the world. 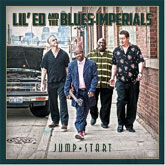 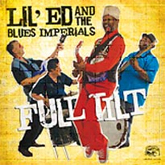 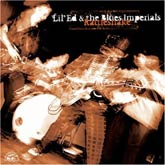 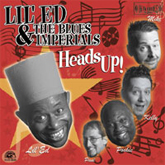 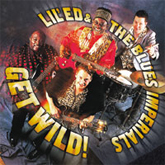 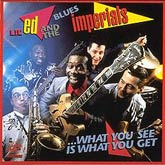 What You See Is What You Get 1992 Alligator Records 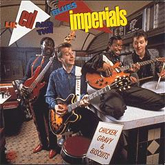 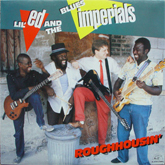