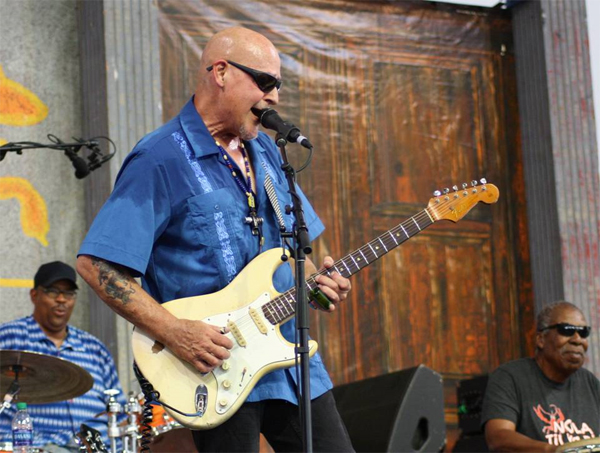 Throughout the years John Mooney has developed one of the most distinctive and easily identifiable guitar and vocal signatures of anyone alive today.

Part of the original impetus for his interest in music may have filtered down from his grandfather, a musician himself. “He used to play the mandolin and banjo back in the 20’s” says Mooney. “He even cut a couple of 78’s for the Peerless label that I’ve heard. It was really hot stuff, a kind of raggy jazz.“ John left home at 15 and began playing with Joe Beard at about that same time. Joe introduced him to the first and most enduring influence on the development of Mooney’s music, the legendary Delta blues singer, Ed “Son” House. Impressed by the 16 year old musician’s talent, Son and John soon became friends. “I wasn’t aware of what the opportunity meant, but I knew there was nobody better in Delta blues.“ Mooney cites Son’s heavily rhythmic style having a strong influence on him. In fact, the way Mooney adapts acoustic playing to a modern electric format is one of his most distinctive trademarks.

In 1976 John moved to New Orleans and immersed himself in that city’s vibrant music scene. John regularly played with the likes of Earl King, The Meters, Snooks Eaglin, and the man who was to influence his music greatly, the father of New Orleans piano, Professor Longhair. He was playing regularly in front of New Orleans drummers like Zigaboo Modeliste, John Vidacovich, and Herman Ernest. At this place in time John successfully combined the sounds of the delta with the syncopated rhythms of the Crescent City to create the style that has become uniquely his own.

Since 1981 he has been touring with his group, the Bluesiana Band, performing throughout the U.S., Canada, Panama, Europe, Australia, and Japan. After the loss of long time friend and band member Jeff Sarli, Mooney has called upon Rene Coman of the Iguanas for Bluesiana Bass rhythms and renowned New Orleans drummer Kevin O’Day to keep the beat. Over the years John and his band have earned a musical reputation that have gained them invitations to play at numerous folk, jazz, and blues festivals across the globe, including the Montreaux Jazz Festival, the Newport Folk Festival, the Chicago Blues Festival, and a yearly appearance at New Orleans’ world renowned Jazz & Heritage Festival.

In 2000 Mooney released “Gone to Hell,” with special guest Dr. John adding some extra spice. The critics welcomed this comeback with open arms and high praise. Blues Access called the album “a seductive musical cocktail that leaves you deliriously drunk with pleasure every time.“ Blues Revue wrote, ”‘Gone to Hell’ bumps, grinds, and simmers with the emotional intensity of a musician who plays directly from his soul to yours.”

His newest disc, “Big Ol’ Fiya” with special guest Jon Cleary has been a long time coming but Mooney has brought some profound musical styles and songwriting to his signature syncopated delta blues sound. If there was ever a Mooney CD to own, this one is truly it. By far his most heartfelt, intimate, soulful and incredibly intricate vocals, this is a John Mooney album that is simply like none other.

To learn more about John Mooney visit his website:

He’s back…and he’s better than ever! Guitar Player Magazine says “John Mooney’s music is thicker than sweet potato pie and spicier than okra gumbo. His phrasing, timing and tone are the stuff dreams are make of, and he plays with a conviction born of endless nights in steamy Louisiana bars.” And Esquire Magazine dubbed Mooney “The King of white blues!”

John’s latest release, Gone To Hell, on Blind Pig Records, reaffirms Bonnie Raitt’s description of Mooney as a “true New Orleans Blues Legend.” This release showcases his mastery of the Delta slide sound, which he learned from his friend and mentor Son House.

Mooney is currently touring with Jeff Sarli on upright bass. Sarli recently recorded with Keith Richards and The Rolling Stones (he’s on three tracks on the Stones’ Bridges to Babylon.) Richards is a Sarli fan and says his playing reminds him of Willie Dixon.

John Mooney & Bluesiana was the talk of the town after their moving performance at The New Orleans Jazz & Heritage Festival this year. Don’t miss this incredible, legendary trio! 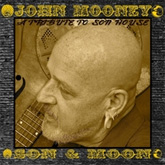 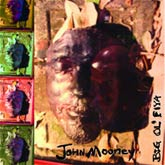 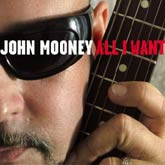 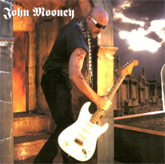 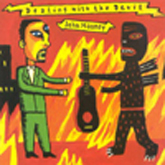 Dealing With the Devil 1997 Ruf Records 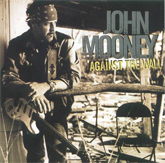 Against the Wall 1996 House of Blues