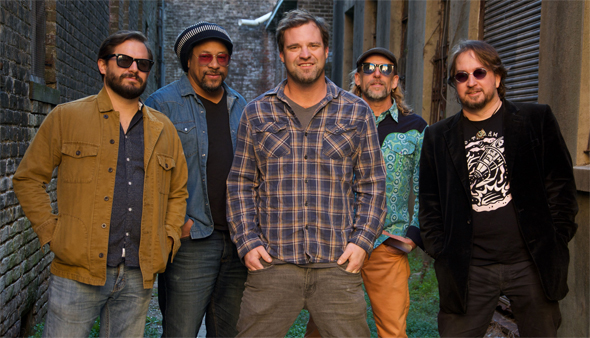 Think The Band’s Big Pink album and add a splash of hot sauce with Willin’ by Little Feat – this group of New Orleans vagabonds nails it.
New Orleans, LA or San Francisco, CA– From the pristine waters of the Honey Island Swamp, to the vibrant streets of New Orleans, to the hazy corner of Haight-Asbury in San Francisco, this band has endured devastation, relocation, and revitalization. A group whose sound has been tagged “Bayou Americana,” the Honey Island Swamp Band takes the hammer to the nail with the help of producer Luther Dickinson, and presents Demolition Day to the world April 29 on Ruf Records.

This album marks the 10-year anniversary of the Honey Island Swamp Band, which formed in San Francisco, CA via New Orleans after Hurricane Katrina displaced the founding members. With little hope of returning to their beloved city, the band channeled the blues and emotions of their circumstances to develop a soulful style and sound that critics have compared to legendary Blues-Roots-Rock Artists such as The Allman Brothers, Little Feat and The Band.
Recording at the Parlor Studio in New Orleans, Honey Island Swamp Band teams up with producer/musician Luther Dickinson of the North Mississippi Allstars to capture a rhythm and a feel born straight from the heart of Americana. The album features a host of New Orleans finest musicians, including guest appearances by keyboardist Ivan Neville and Tab Benoit on pedal steel.

“Their all encompassing sound of blues, roots, country, and soul has been described as “Bayou Americana.” – No Depression

“We’ve always wanted to record to two-inch tape, to get that old analog sound,” says bandleader Aaron Wilkinson, “and this was our first opportunity to make it happen. Luther was the perfect producer to help us nail that old-school, authentic sound. He was great at keeping us focused on the spirit of each performance, not getting bogged down in details and perfectionism. That’s what we were looking for and what we needed.”

After all, polish isn’t necessary when you’re working with songs this strong. Across its eleven cuts, Demolition Day tips a hat to most of the great American genres, while adding the Honey Island Swamp Band’s inimitable thumbprint. There’s the spring-heeled slide-blues of “Ain’t No Fun”, the upbeat funk of “Head High Water Blues”, the cat-house piano and country-fried guitars of “How Do You Feel”. But then, on the emotional flipside, there’s also the reflective wah-guitar lilt of “Say It Isn’t True”, the mournful funeral-jazz slow-burn of “No Easy Way” and the heart-in-mouth acoustic confessional of “Katie”.

“We’re diverse and complex people,” explains Chris Mule, the band’s guitarist, “and our audiences are as well. So we try to let our music reflect that.” Drawing from their diverse backgrounds, the band’s lyrical content is quite colorful. “They really are all over the map,” Aaron explains of the topics explored on Demolition Day. “Some are rooted in reality and personal experience. “Head High Water Blues” is a look back at the Hurricane Katrina experience now that ten years has passed. Much has been rebuilt, but much has not and never will be – and the song is more about the emotional scars that can never be fully erased. Others are just fiction and storytelling. We had the music for “Through Another Day”, and it sounded sort of old and epic and Southern, and that inspired this Civil War-era storyline that became the lyrics. Others are just sort of playful nonsense about life and relationships, like “Watch And Chain.”

Demolition Day is about rebuilding more than tearing down. It’s about a renewal of purpose, reflected through powerful lyrics and stories, great slide guitar on top of deep bass and rhythms that continue to move the foundation that the band was built upon.

New Orleans has a deep well of music, and that well has no rules – the only boundaries are the ones that we place on ourselves.

On Demolition Day, the Honey Island Swamp Band breaks these boundaries to deliver a sound so relevant and honest that even in the darkest of days – like the violent storm that brought this group of musicians together – Demolition Day still shines brightly.

What the press has to say about Honey Island Swamp Band:

“Somewhere, there exists a dark, smoky bar with a jukebox that spins George Jones, Gram Parsons, Delbert McClinton, and Little Feat. And if that fantasy honky-tonk lights your Marlboro, you need to know about Honey Island Swamp Band.”
– Broward-Palm Beach New Times

“The Honey Island Swamp is a real place. It resides near the border of Louisiana and Mississippi. It’s therefore a fitting name for this band that draws inspiration from the music of those two states. With the Honey Island Swamp Band, soul, country, R&B and blues are all on equal footing. The two man songwriting/guitarist team of Chris Mulé and Aaron Wilkinson produce expressive, hook-laden tunes that honor songcraftwhile respecting the groove.”
– Jambase.com

“What a fine band this is –an utterly refreshing, unpretentious group of first-rate instrumentalists who also sing engagingly. Their music is as delicious as their name.”
– Susan Peña, The Reading Eagle

“Wilkinson’s songs lean toward country rock in the vein of the Band, early Eagles, or Lynyrd Skynyrd. Mule’s songs have a more rhythm and blues edge and a cynical, kiss-off sentiments as in ‘I can’t live the way / you’re killing me.’”
– David Kunian, Offbeat Magazine

“Straddling the line between soulful funk and country rock, Good To You cranks out good time tunes from the Crescent City, carrying the torch for forbearers like the Subdudes and Radiators.”
– Honest Tune Magazine

“The Honey Island Swamp Band has matured from a burgeoning local act to a regional powerhouse to a touring outfit poised for a national breakthrough…it has garnered a sizable fan base across the country and served up two worthy studio efforts (2009’s Wishing Well and 2010’s Good to You).”
– Aaron Lafont, Offbeat Magazine 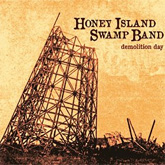 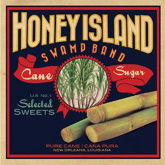 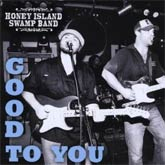 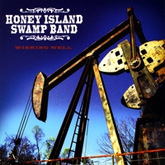 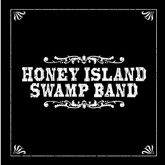