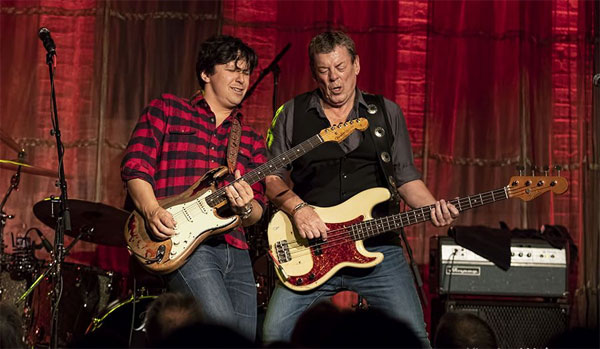 When Irish guitarist and vocalist, Rory Gallagher, passed away he left behind an eleven album collection of inspired music and the memory of unforgettably energetic concerts.

Bassist Gerry McAvoy (Rory Gallagher / Nine below zero / Champion Jack Dupree / Deep joy) appeared on every one of those albums.

“ It must have been around 2006 when I started listening to my old vinyl, which I hadn’t listened to for years. Sometimes you make an album,you listen to it, then move on to the next project. Among these records were my Rory Gallagher albums. I played them constantly, realizing what great songs and what a great composer Rory really was.” – Gerry McAvoy

Gerry wanted to take these songs and play them live but he needed the right musicians. To make his dream happen he recruited Ted McKenna (Rory Gallagher / Sensational Alex Harvey band / Michael Schenker group / Gary Moore / Greg Lake) and Marcel Scherpenzeel (Guitar & vocals) who he had met a year or so earlier.

For the next 8 year this band toured the world paying tribute to Rory until Ted’s untimely passing in 2019.

For select shows in 2020 Band of Friends will be touring with the great Davy Knowles, taking on guitar and vocal duties. We have already completed 4 US tours with Band of Friends and Davy.