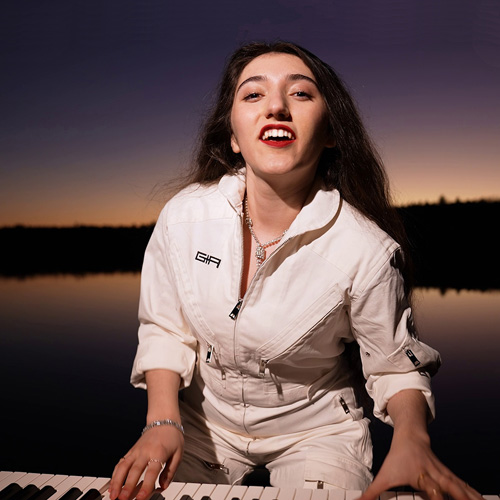 “Every now and again, a young spitfire artist comes along to change the game, or at least ups the ante. Lewis does both.” – AMERICAN BLUES SCENE

“Veronica Lewis sings with a sweet, booming soul voice and plays piano like Dr. John doing Jerry Lee Lewis and Hadda Brooks all at once…”  – The Boston Herald

Veronica Lewis  is one of the most exciting emerging talents in the Blues & Roots world. With the release of her critically acclaimed, Chart-topping, Debut album “You Ain’t Unlucky”, 18-year-old Veronica Lewis, is poised to bring new generations back under that big old revival tent that is Blues and Roots rock and roll.  A mesmerizing live performer with serious piano chops, soaring vocals, and trailblazing original songs, Veronica gives her audience “every last drop, every single time”.

“You Ain’t Unlucky” blasted Veronica Lewis’ career off to an outrageous start. Debuting at Number #2 on the Billboard Blues charts,  #1 on iTunes Blues chart,  and landing the title Track ‘You Ain’t Unlucky’ as the Number #1 Blues Song of The Year 2021 (Root Music Report), and snagging two Blues Music Nominations in 2022 for Best Emerging Artist Album  & Piano Player of the Year.

“You Ain’t Unlucky thunders out of New Orleans, levitated by a “have mercy’ wail that lifts, twists us, turns us, drops us  like bumper cars on motocross track, before she drives homes  and lets us down easy on the  ol’ front porch”  – Blues Music Magazine

This teenage prodigy, piano player, singer & prolific songwriter is an acknowledged seasoned pro rocking the keys and electrifying audiences with rhythmically complex and challenging compositions and nuclear-charged live performances. Her band is a tight, straight-ahead trio of piano, drums, and sax that delivers a stunningly “full-on” sound, Veronica belts out a message made to heal the soul. Her strong, expressive voice is punctuated with a light and delicate vibrato, containing the pain and wisdom of the ages melded with the optimism she champions and commits to in her everyday life.

Veronica, a prolific songwriter with Blues progressions as a launching point, writes original songs with stories that are both thought-provoking, emotional and sometimes humorous.  Her inspiration comes from a mix of musical genres and eras, ranging from Katie Webster, Otis Spann, and Dr. John all the way to Freddie Mercury and Avril Lavigne. Veronica fuses these crucial elements together with the true language of the Blues, and the energy of the early rock and rollers, like Little Richard and Jerry Lee Lewis to create a truly individual style that is completely Veronica Lewis.

“Veronica Lewis is one of the most promising torchbearers of American Rock ‘n Roll.” – American Songwriter Magazine

A wild child born in the backwoods of New Hampshire, and student of the Blues before she could walk, she graduated high school in 2021. Veronica gathers her influences from past, future, and out-of-the-way places. Having heard the beckoning  call of the Crossroads, the Bayou, the blinking, buzzing neon signs of honky-tonks and the rhythms of her north country Blues roots.

Whether she pounds those keys, encapsulating all that raw power necessary to take us on a rollicking journey, or whether she plays a slow smoky ballad with drawn out passionate delivery, Veronica infuses every song with deep emotion and explosive, kinetic energy.

With one foot in the 1950s and one foot in the future, Veronica pays homage to her influences – Katie Webster, Otis Spann, and Pinetop Perkins. Combine this with the authentic approach to her self-produced album, and Veronica captures the essence of a time when only talent and passion dictated the success of a recordinVeronica is already being heralded as the new Carole King.g. Veronica says: “I imagined I only had one shot to lay it down in the studio, as if I walked into a recording studio somewhere back in time, like Sun or Stax and the producer just pressed the ‘record’ button and said, “Ok, Kid, let me hear what you’ve got.” Veronica laughs. “Then if I’m lucky,  the roof lifts off the studio, and the rest is history”

“Remember her name. She’s going to be here for a while with a career that’s already off to an outrageous start” – Glide Magazine

You can expect the unexpected from Veronica Lewis. Because of her prolific songwriting and ability to genre-bend and cull from the vast American musical experience, Not content to rest on the laurels of her chart-topping first foray, “You Ain’t Unlucky,” Veronica is poised to take the world on a journey going even further, exploring the American voice from a strong foundation crossing over to create new sounds, new words, new ways of seeing the world while charting a positive way forward.

There are no limits to her song-writing, precision playing and voice.. Whether executing a ballad, a raucous rock, or a rolling rebel yell, Veronica Lewis knows exactly where she wants to take you.

Double Nominee in the 43rd Blues Music Awards to be announced on May 5th in Memphis. Best Emerging Artist Album & Piano Player of the Year – 2022 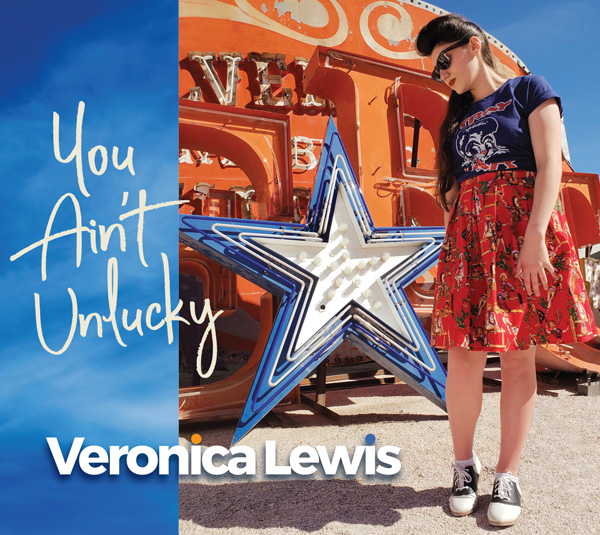