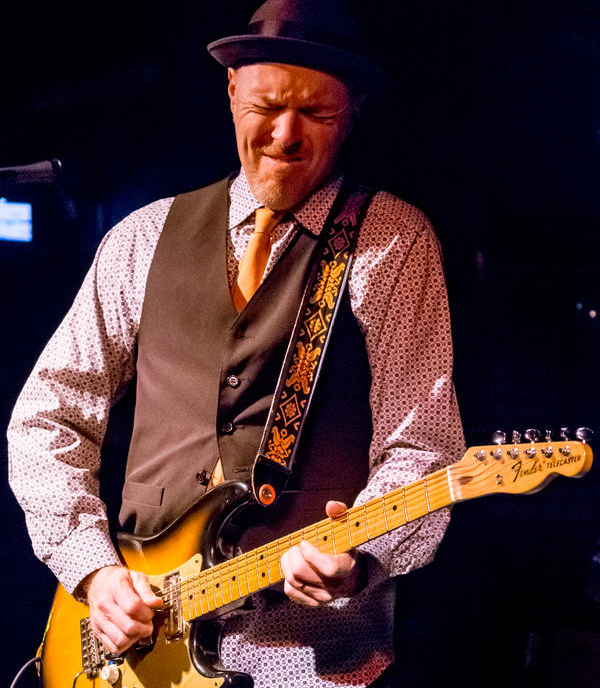 The cliché is to get successful, get money, get chicks, get drugs, and get arrested. Lose everything. Get a tattoo, get a facelift, get a new direction, get a book deal about recovery, and get Jesus. Be welcomed back as a role model.

Texas troubadour and blues rocker, Hadden Sayers didn’t follow the usual script. His tribulations weren’t the result of personal demons. He didn’t call on a team of slick advisors and publicists to resuscitate his career. He didn’t look for reality shows, sex tapes, or reunion tours to make an easy buck. Hadden Sayers knew that sometimes an honest dollar is a hard dollar.

In 2004, Sayers was a successful musician in Houston. He had a powerful agent and record label executives jostled for space at his gigs. His calendar was full of shows and his albums got attention and critical acclaim. Sometimes the saying is true: shit just happens. The record labels disappeared in a haze of bad business deals, excuses, and rip-offs. One company locked the doors and disappeared a day after the ceremonial handshake. Another outfit guaranteed success, as long as they could keep one hundred percent of the profits.

Sayers plowed on. He released his own records independently and lugged a battered ’57 Strat all over the world as he performed 200 shows annually. Band members rotated in and out. The musician eventually left Houston and moved to Central Ohio, an unlikely home for a bluesman. But Sayers’ wife, a scientist, had an opportunity to work with a world-renowned cancer researcher and Hadden was dedicated to supporting her career as she had always supported his. Sayers planned to reconstruct his band with pros from the Northeast but gigs dried up and Sayers took a job in corporate music. He would perform on occasion the Hadden Sayers Band using family members to round out the group. Times got even tougher. Without the assistance of booking agencies, Sayers’ itinerary dwindled to less than 20 shows in 2006. Sometimes the next dollar is the hardest dollar.

His cherished uncle Rick Frye, who served as the band’s drummer, collapsed after a performance in Williamsburg, Virginia and literally died in the arms of his band and family members. Then a beloved musician pal overdosed in a dingy Atlanta motel room. And then, Sayers’ wife watched her mentor succumb to the very disease he spent his life trying to cure. Sometimes you reach a point to where the dollars don’t matter; life itself is just too hard.

Stung, discouraged, and hurting, Sayers retreated to a dilapidated fishing shack in Southern Ohio. He turned his back on music, left his Strat at home, and focused on making the decrepit structure inhabitable. An old man in battered work boots and a fishing hat arrived to rebuild a stone chimney. In the coming days, retired stonemason Conard McCorkle and bluesman Hadden Sayers, two men of completely different ages and backgrounds, forged an unlikely friendship. The goal of simply patching the shack evolved into a full fledged rebuild. Walls came down. New ones were built. The small chimney project grew into a two year rehab for both the shack and the soul.

McCorkle’s silent strength, patience, and friendship revived Sayers’ resolve. He began humming tunes and melodies on the drive to the shack. He hauled in recording gear and began working through songs in the country, sometimes recording lyrics as voice memos on a cell phone until he could reach the studio.
Just as the stone mason and the bluesman shared a beer and a handshake celebrating the completion of the new cottage, Grammy-nominated vocalist Ruthie Foster called in search of a guitarist. She had built her career in the Brazos Valley area of Central Texas, Sayers’ old stomping grounds. The two musicians shared a love for the Brazos Valley hybrid of blues, Tejano, country, soul, gospel, and reggae. Sayers immediately began writing songs with Foster in mind. Their duet “Back to the Blues” became the cornerstone of Sayers’ new album, Hard Dollar.

In 2010, Sayers piqued the interest of Blue Corn Music label head Denby Auble. Ruthie herself was on the label and as part of Foster’s touring band, Auble thought Hadden would be a perfect fit. The rest, they say, is history! Blue Corn has just released Hard Dollar to critical acclaim and Hadden is back on the road doing what he loves most…. Touring as The Hadden Sayers Band. You can still catch him on occasion playing with Ruthie Foster as well. The Best of both worlds, if you will.

Hadden Sayers has done things the right way, not necessarily the easy way. It’s ingrained in who he is as a person. And the life lessons from Conard McCorkle and the late Rick Frye reinforced it. Sometimes, the hard dollar is an honorable dollar. Sometimes the hard dollar is the dollar that matters most. 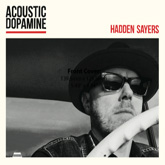 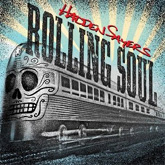 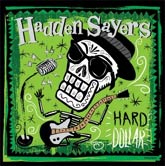 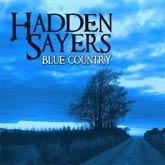 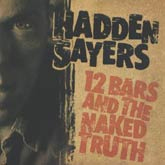 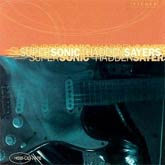 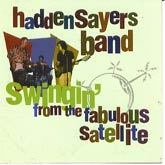 Swingin’ from the Fabulous Satellite 1998 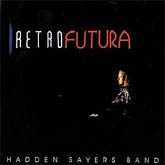 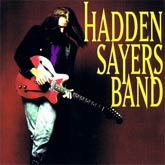