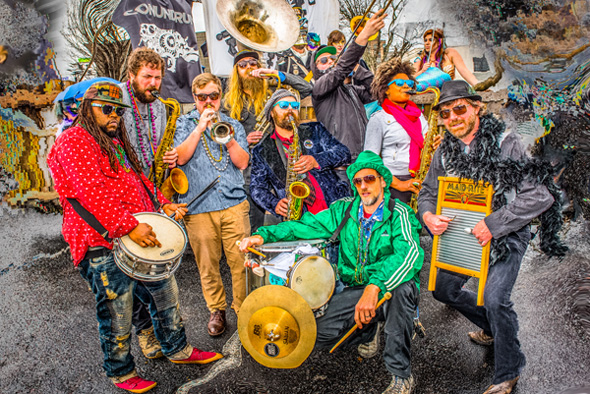 Asheville, NC-based BrassFunkRock band Empire Strikes Brass has a lot to say with a big sound. Chock-full of serious groove from a thumping rhythm section highlighted by lush horn arrangements played by a thick horn section, the band’s compositional roots as well as it’s creative and collaborative soul contribute lots of depth in their original tunes and covers that speak volumes to ESB’s evolution.

Founded in 2012, ESB has grown from a party band of friends playing New Orleans-originated or inspired second-line and funk tunes with elements of rock and jam. Now, it consists of a collective of players, singers, songwriters, and producers who have found an original sound that fuses their individual musical influences with fresh ideas while still holding true to their foundation.

When Empire Strikes Brass comes together, whether live or in the studio, the sound is undeniably strong and solid. The band’s debut album was recorded at Asheville’s own renowned Echo Mountain Recording Studio, released in 2017. Entitled “Theme For A Celebration”, it was tapped as one of the year’s top 100 releases by WNCW 88.7 radio. ESB’s newest release “Brassterpiece Theatre”(2019), also recorded at Echo, is a fierce followup and both albums are available through all major music distribution streaming, sales and listening platforms. Recording their 3rd studio album will be taking place between shows in 2022 as the band writes and masters their new sounds while on tour. Look for the band on the road and at festivals near you!! 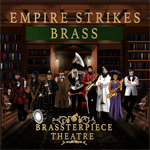 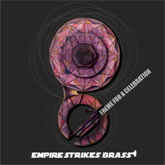 Theme for a Celebration 2017